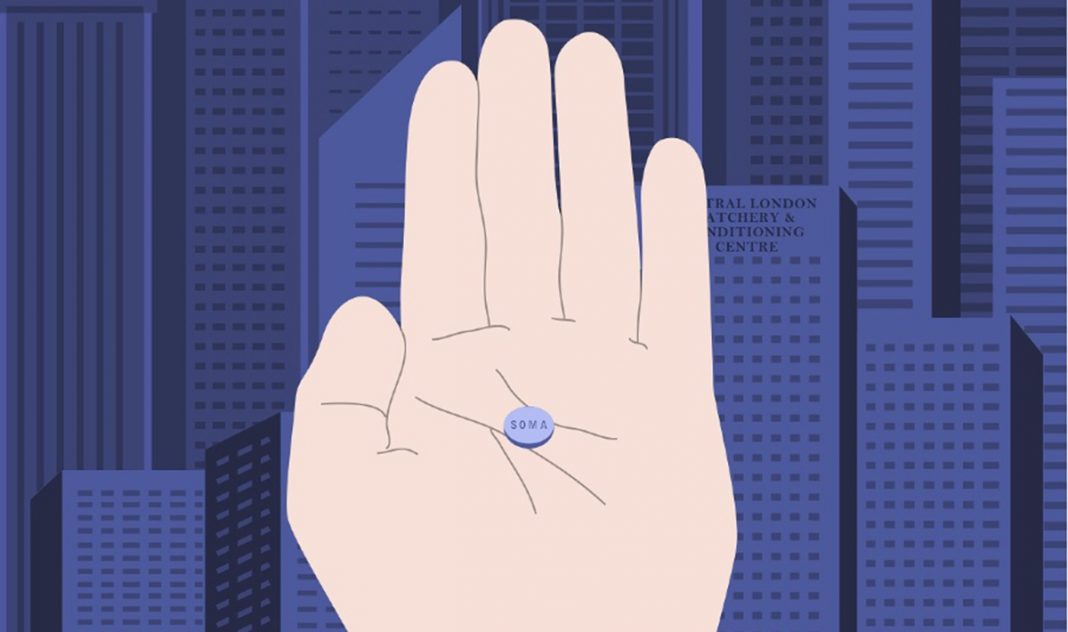 After reading 1984 I got fixated on its deep underlying messages, hence I continued to read in the same genre, the book none other than Brave New World by Aldous Huxley.

Before I describe the messages in the book, it is important to understand the context in which the book was written in. The author was born in England on the 26th of July, 1894. Huxley was brought up in a literary and scientific family and therefore received an excellent education. Huxley learned cutting-edge scientific development at the same time as he mastered the English language. This enabled the author to implement scientific description and theories in his novels that no other author at the time was able to. Towards the 1930s, Huxley became more and more interested in writing about matters with deeper philosophical and ethical meaning. Most of his work explores the conflict between the individual and society – these themes are apparent in Brave New World, published in 1932. The book imagines a fictional future where the individual has been sacrificed for social stability.

The world in Brave New World is controlled by the “World State” who use science and technology to keep control over its population. It is important to mention that Brave New World shares many themes with 1984 by George Orwell. The Second World War broke out six years after Brave New World’s publication. It is interesting how Aldous Huxley prophesied what would become the themes centralized in domestic life and debate.

Now with the context out of the way, we can start to explore the themes in more depth. One centralized theme is the use of technology to control society. Huxley wants to emphasize the dangers of an authoritarian state if they have access to advanced technologies. In the novel, the World State is described as of having complete control over reproduction through technological and medical methods. The World State uses technology to create a seemingly perfect world but limits and censors science. Interestingly enough, the basis behind the technology is science but it is the search for “truth” that threatens the World State’s power. While I was reading I found it disturbing how the World State had control over all reproduction – they intentionally inject medication and drugs into the ovaries to create a “lesser” human being. And this shows Aldous Huxley’s understanding of science and how he implements it in his novels.

Another explored theme is the consumer society. Brave New World is a warning to what could happen in the future if things go wrong, but it is also a criticism of the society in which the author himself lived in, and fundamentally the society we live in today. The World State values might seem at first to be bizarre, but many clues point towards that, especially the economic situation, is simply an extreme and logically developed version of our own. The individuals’ ability to satisfy needs is the main principle in Brave New World. Is it really much different to our own situation? We currently live in a consumer society, and by the time the book was published, America had witnessed one of the main downfalls of a capitalistic society with the Wall Street Crash. Our economic system is based on consumer spending, and this fact is what the author wants to criticise.

The last point I want to mention is the use of power and law in the novel. The World State does not threaten with violence for the citizens to follow the law, they simply program the citizens to be happy with the laws. They do this through several methods, most eminent is the use of drugs, known in the novel as soma. I found this very interesting, and you could draw a similar connection to how the government enforces laws in countries today, but without the use of violence. Countries use propaganda, censorship, fake news etc to make the population accept their current situation and accept the current laws – physiological manipulation. Luckily, in most developed countries, constitutional rights and free speech help to prevent such situations from occurring.